Increasing Importance of Food Sensitivity
Adverse reactions to foods are causing increasingly more health problems. Approximately 5% of the population is affected by a food allergy, which produces an immediate onset of the symptoms often associated with a ‘allergic response’.

However, it is estimated that more than 40% of the population have a delayed type of reaction, which occurs several hours or days after a food is consumed. The delay in the appearance of symptoms, makes it difficult to determine which foods could be considered as the trigger of the health problem. 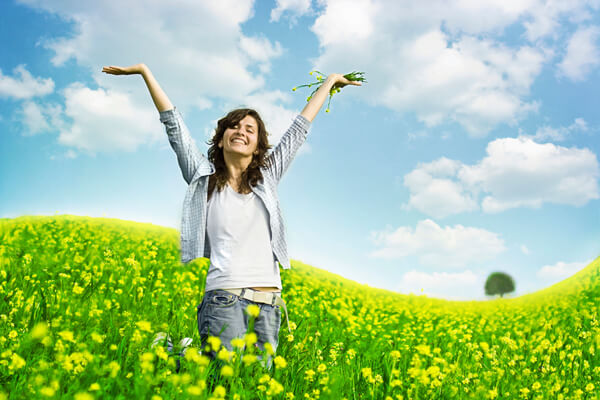 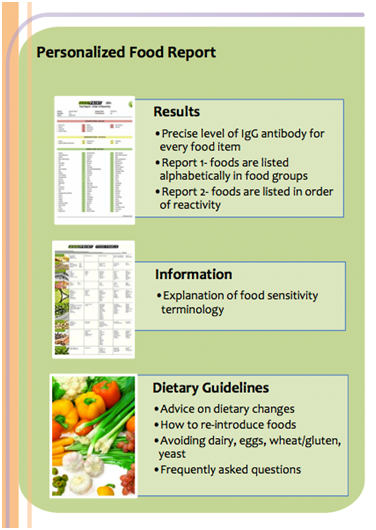 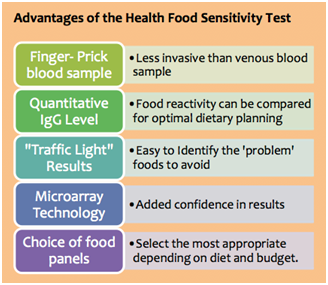 The Health Food Sensitivity test is a sensitive and accurate technique that can better detect the presence of IgG food-specific antibodies to over 200 commonly eaten foods. As part of a quality program, samples are analyzed in duplicates. Results are also semi quantitative, allowing a measure of specific food sensitivities. The flexibility of the testing system permits a number of different panels to be offered.