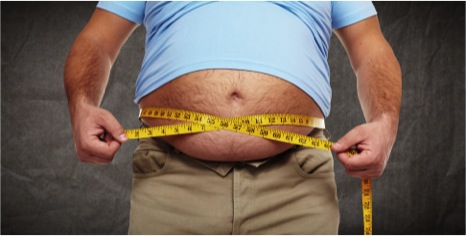 It’s a phenomenon that is spread worldwide. With each passing day the epidemic called obesity is growing by the day. There are millions of those out there who struggle to put food on their plate and then there are those that are having trouble with their weight, because they just cannot stop eating.

The battle with obesity may be personal, however, there are a host of other factors that can influence it, like environmental factors, socio economic status and policy.

Today, a host of policies have been placed around the world to combat this growing epidemic. Sugar and fat tax have found place in the policy book, however they have not done much to reduce the epidemic.

The government wishes to aim broader factors like education, housing and employment to tackle the cause.

While the lack of exercise contributes immensely to the growing problem, it is easy availability of energy dense foods too that is one of the biggest contributors.

Socio cultural environments also affect this cause. Hosts should overfeed guests and guests should overeat. Festival should be celebrated with foods that are rich in fat.

A host of policies have been put in to place to treat this cause.

Japan
The Metabo law was introduced in Japan in 2008. The law stated that Japanese citizens have to meet waistline requirements that have been set by the government, or they would be fined. The law applied to people between the age of 40 and 75 years. The aim was to reduce the problem of obesity in the country.

For those who didn’t match the required measurements would have to attend support and counseling sessions over and above paying the fine.

Dubai
More than half of Dubai’s population is said to be overweight. Given the lifestyle that the people of Dubai enjoy. However, the government is known to have started paying people in gold to lose weight.

Mexico
The obesity rate in Mexico is said to be the highest in the world. More than 70% Mexicans are considered to be overweight. Measures are already being taken to tackle these problems, especially in school aged children. Soda tax, junk food free schools, labeling in the front of food packages and a ban on the marketing of junk foods for children as well.

It is important, that healthy eating habits and the importance of exercise is inculcated in kids from the very beginning. Speak with a Registered Holistic Nutritionist or get in touch with a Homeopath to learn more on how you can adopt a healthy lifestyle and avoid obesity.