Is your head alright? 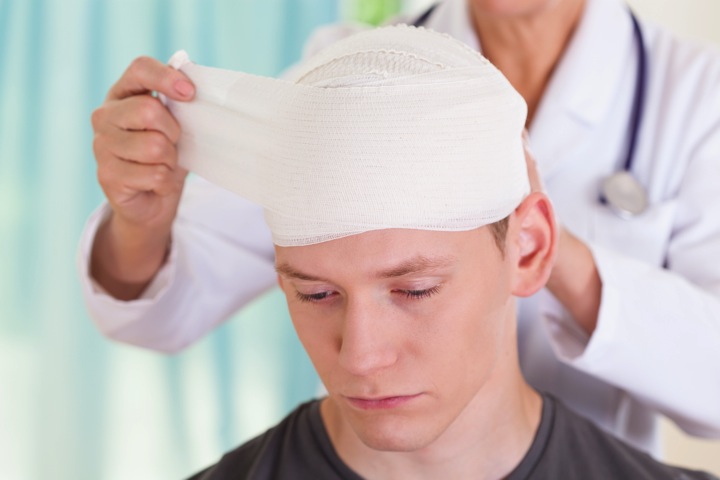 Head injures can be a cause of great concern, while some may lead to death, others may have lasting effects on one’s mental health if not treated in time and appropriately. Most head injuries can be attributed to road accidents, other causes include assault, falls from windows or stairs, and other falls around the house in toddlers and the elderly. Sports injuries caused while playing rugby or boxing too could be of grave concern. Soldiers returning home after war too are at a risk of suffering damage from head injuries.

Head injuries, also called concussions or Traumatic Brain Injuries can vary from being mild or severe. While in most cases mild injuries will do no harm, they could have long lasting effects.

When a person experiences a concussion, he may pass out for a while, they may feel dazed, lose they balance as well as vision for a while.

A concussion is basically a bruise to the brain, this could cause some bleeding in the brain leading to some swelling.

A skull fracture is when the skull is caused to crack. This may cause some of the broke bones to enter the brain and cause bleeding or some other injury.

A haematoma is a bleed in the brain that clots. This may appear only a few weeks after the injury has been sustained and will need urgent surgical attention. This condition cold cause restlessness, headaches, balancing difficulties, vomiting and strange behavior.

It is important to get help as soon as possible. Recognizing symptoms is essential and the faster you seek helper, the higher chances for survival and rectification are. Bumps are extremely common amongst children, however, understanding whether it is serious or not is very important to get appropriate treatment and avoid any further progression that could cause permanent damage.

Watch out for the following symptoms
– Check if symptoms like headache, drowsiness and nausea get worse.
– Difficulty in falling asleep or awakening
– Behavior that is unusual, like confusion and irritability
– Having no idea of where one is
– Dilated pupils
– Difficulty in walking and speaking
– Drainage of clear of bloody fluids from ear and nose
– Vomiting (more than three or more times)
– Seizures
– Numbness or weakness in the hands and legs

One can avail of homeopathic treatment as well for mild head injuries, in case of severe head injury it is important to get medical attention as it may need surgical intervention. Speak with a Homeopath today or get in touch with a Registered Holistic Nutritionist to learn how you can naturally take care of any head damage.